Juicy poetry items that Jett Whitehead of Bay City, MI will offer at the 53rd Chicago Book & Paper Fair:Ted Hughes. SELECTED POEMS: 1957-1967. New York: Harper & Row (1973) 1st edition, uncorrected galley proof, blue binding tape (as issued). The proof copy Harper & Row provided to the author, with his many corrections and annotations, including his editorial markings for the printer. Signed on the cover “Checked / T. H.” by Hughes in blue ink. Truly unique, one of a kind.

Elizabeth Bishop. (May Swenson.) THE COMPLETE POEMS. New York: Farrar Straus Giroux (1969, 1970) third printing, full navy blue cloth, with printed dust jacket. The poet May Swenson’s personal copy, with a hand written letter from May Swenson’s Literary Executor, Zan Knudson, laid in. In the letter, Ms. Knudson states (in part): “This copy of E. B.’s Poems comes from the library of May Swenson, who was a rabid fan of Elizabeth’s. The poems cut out of The New Yorker are May’s. These piled up over the years to form her own Collected Bishop.” Included with the book are the referred poems, including the first appearance of Bishop’s much celebrated poem, “One Art,” along with a review of Bishop’s book by John Ashbery from The New York Times Book Review. Swenson succeeded Elizabeth Bishop as Chancellor of the Academy of American Poets, and won the Bollingen Prize for poetry in 1981. Swenson was long associated with The New Yorker, where her poems were frequently published. Only minimal wear and mild sunning to jacket, else fine. This title won the National Book Award. 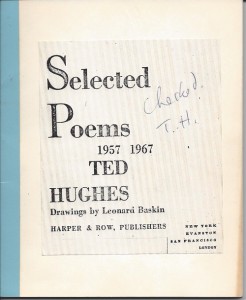 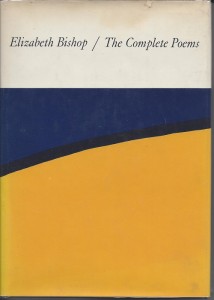 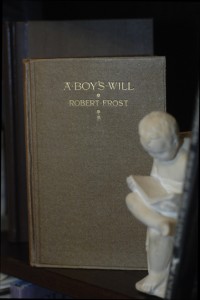 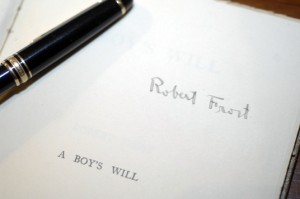 The renowned rohebooks (small “r”, like e.e. cummings) from Evanston, IL is going to bring some nice ones to the 53rd Chicago Book & Paper Fair:The Jerusalem Windows by Marc Chagall, a Fine/Fine copy of the First Edition, published by George Braziller in 1962, which includes the two original lithographs made by Marc Chagall for this edition. Includes the scarce slipcase.An Iconography of the Engravings of Stephen Gooden. London: Elkin Matthews, 1944. Of a total edition of 500 copies printed at the Curwen Press, this is number 102 of 160 copies specially bound and with a frontispiece engraving signed by Stephen Gooden. Top edge gilt, bound in half vellum with blue cloth boards. A fine copy in a lightly soiled slipcase.

Fans of HBO’s True Detective will want to visit Beasley Books at the 53rd Chicago Book & Paper Fair, as they will offer a 1st printing of the First Edition of The King in Yellow by Robert Chambers 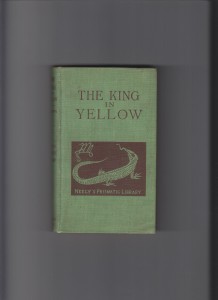 The prestigious Plain Tales Books of Arlington Heights will be at the 53rd Chicago Book & Paper Fair, and among the treasures they will offer will be this: 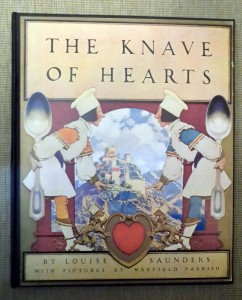 The esteemed Wilfid M. de Freitas of Montreal, Canada will be offering many fine books at The 53rd Chicago Book and Paper Fair, including the following (subject to prior sale):

2. Charles Darwin. Expression of the Emotions in Animals and Man. London. 1872. First edition in original cloth. $950

Pictured are the Churchill and the Florence Nightingale. 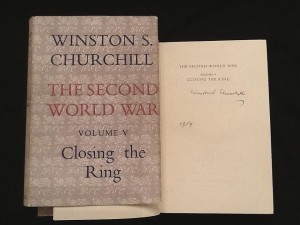 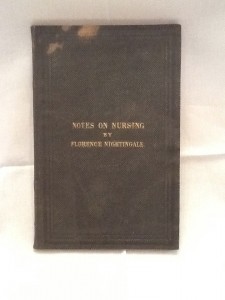